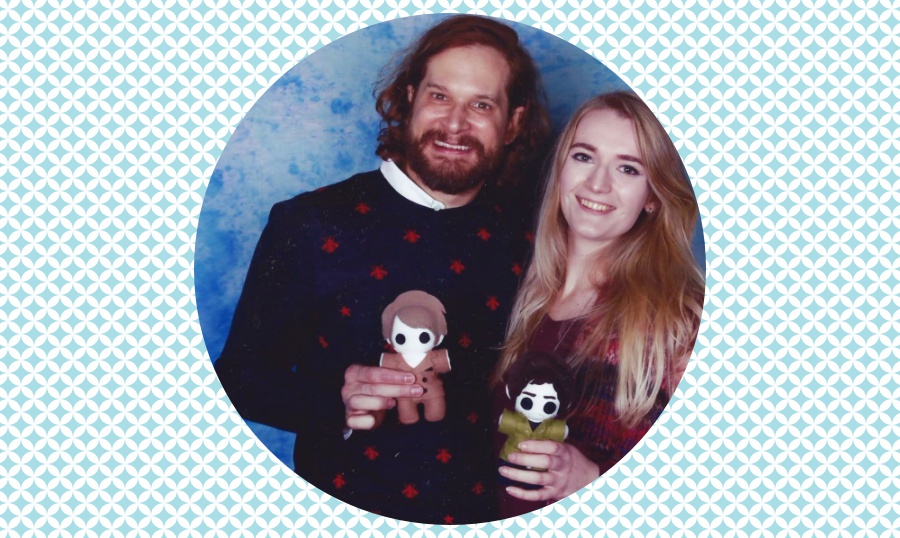 When I was at Red Dragon Con this weekend I realised many fannibals had given you handwritten letters. It had somehow never occurred to me to write you a letter, but here I am writing one in blog form. I was absolutely overjoyed to meet you after following you online since S1 of Hannibal. It was only after I got home that it struck me how much meeting you had actually meant to me.

When Hannibal aired in 2013 I wasn’t doing well creatively speaking. As a child I had dreams of becoming an artist. And after years of drawing and painting and trying to create an amazing portfolio my application for art school got denied. I stopped drawing after that. I don’t think it was a conscious choice, but I felt like my art just wasn’t good enough. Somewhere around that time I started handsewing plushies. I’ve always loved stuffed animals and it was very comforting to be able to create art in a way that wasn’t related to drawing. I remember watching Hannibal and thinking ‘I could make some of the characters as plushies’. I didn’t think much of it (and I definitely wasn’t planning on crafts becoming a long term hobby), but I tweeted them anyway. You replied. You liked them.

I think in that moment it was important for me to feel recognised. It encouraged me to keep on creating. Your creativity inspired me to create ‘the Plushmaker’ (as it originates from ‘the Piemaker’). I wouldn’t have had Gillian Anderson commission me to make plushies for you. I owe you a lot. What I saw at RDC was exactly what I felt through all these years through our occasional contact over twitter. Which is a mutual love and respect for the fans of the show.

What I truly want to say is: thank you for everything. <3 (and I hope you liked the plush version I made of you)

P.S. I promise to make some American Gods plushies when the show airs.