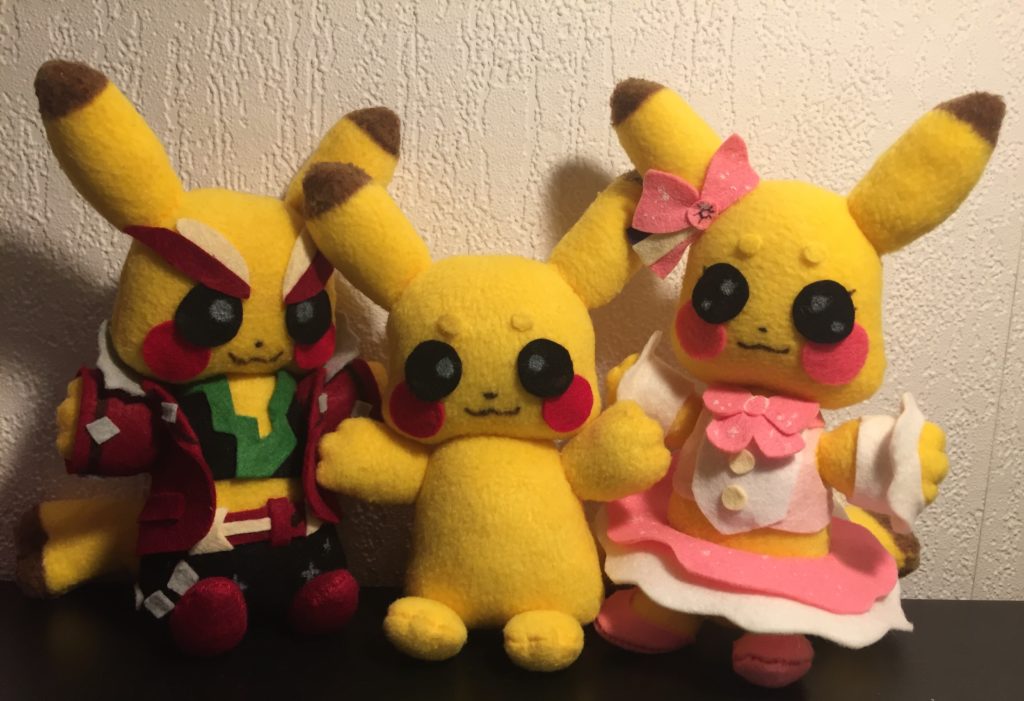 I’ve been getting many requests, especially during streams, to make Pokemon plushies. I always wanted to do a small plush Pokemon project so I settled with making Cosplay Pikachu’s! Those who’ve played the last two Pokemon games probably know about cosplay Pikachu; a female Pikachu’s are able to dress up in five different costumes corresponding to the five contest conditions. I won’t be able to make ALL the costumes, so I settled with three costumes: Pikachu Rock Star, Pikachu Pop Star and Pikachu Libre. I still need to make Pikachu Libre but I wanted to show these lil’ guys in advance. Tell me what you think down in the comments!